The latest newcycle reports that horse racing is to be introduced for the first time in Wuhan since it was banned in 1949.

Prior to his great success in industrial, agricultural and ideological policy, the Great Helmsman had cogitated on sports betting policy, and declared horse racing to be an immoral capitalist pursuit. As readers would be aware, Shanghai previously had a long history of horse racing with its Shanghai Race Club, in addition to being one of the most vibrant cities for prostitution in all Asia 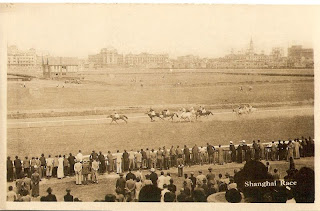 However, unlike normal betting procedures, looking at the odds and putting your money on the nag most likely to win, or even a more ambitious trifecta, the wagering procedures in Wuhan involve the usual Chinese characteristics:

"People can win small prizes if they correctly guess which horse will win the race, but they can't bet on horses like people do during Hong Kong horse racing," Liu Hongqing, spokesperson of Wuhan's Orient Lucky City race course told the newspaper.


Correctly guess, but can't bet on horses. Try and square that circle.

Nonetheless, this is progress when one considers an attempt some 5 years ago to introduce racing to Beijing. A consortium of Australian business smarties collected a large number of race horse wannabees - horses which were never likely to win a race and were destined for the glue factory - and transported them to Beijing, only to find their quangxi had disppeared. The local authorities clamped down and the horses were dispatched to Inner Mongolia, where they no doubt inter-bred with their smaller equine cousins.

Now, when we consider the widespread corruption and match fixing in Chinese football, which I won't even link, a flutter on the Wuhan horsies does not sound like a good idea. Stick to mahgong, dear readers.

Already, Wuhan's horse owners are googling best and most effective racing scams, and of course the Fine Cotton will top the search engine.

The scam involved a syndicate said to be headed by former bloodstock agent John Gillespie, which purchased a horse that looked almost identical to Fine Cotton and performed better. Unfortunately for the syndicate, this horse was injured and unable to race when the ring-in was due to take place. Having already invested money and gone so far, the syndicate decided to find another horse. With time running out, they purchased a horse called Bold Personality, an open-class horse several grades above Fine Cotton.

The syndicate faced a problem in that the horses were different colours. Fine Cotton was an eight year old brown gelding and had white markings on his hind legs, whereas Bold Personality was a seven year old bay gelding with no markings. To overcome this issue, they applied Clairol hair colouring to Bold Personality with limited success. On race day, having forgotten the peroxide to whiten the legs of Bold Personality, they resorted to crudely applied white paint. These poorly conceived attempts to overcome the discrepancies in appearance between the two horses later served to highlight the amateurish nature of the scheme. 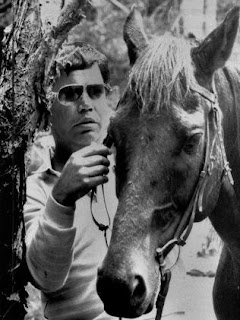 So thats the horse and flesh trade connection.
Posted by KingTubby at 14:39

Email ThisBlogThis!Share to TwitterShare to FacebookShare to Pinterest
Labels: Best Bets in Wuhan